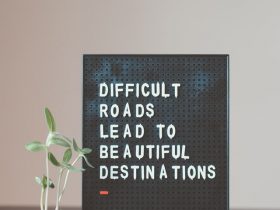 Are you bilingual or monolingual? Are there truly any perks to being bilingual? Does it make a difference? Bilingualism is a complex term influenced by multiple factors and therefore would mean different things to different people. For the sake of this write-up, however, it would mean someone who speaks two languages fluently. Nelson Mandela once said- ” If you talk to a man in a language he understands, that goes to his head. If you talk to him in his own language, that goes to his heart”. Imagine you could speak everyone’s language? The power of speaking many languages is manifold. Beyond transcending the depths of an interlocutor’s heart, the variety of languages one speaks- open up a world of unimaginable opportunities. It all starts with being bilingual at a young age.

The tale of a “not so happy” grandma…

There’s this story my mother loves telling. Every time she tells it, it is with a new elevated level of frustration. It is the story of her annoying imbroglio with her “grannies”. She goes visiting her sister/friend/cousin. I honestly don’t know how we are related to this particular aunty. In most of our African communities, cousins are almost always not related. If your mother has a close friend and they speak the same dialect, they are sisters. Anyway, my mother comes back from her visit sorely disappointed by the entire encounter.

My “cousin” is visiting Cameroon with her kids for the first time in a long while. She has been living in Germany for many years and this is her first trip back home with her kids. My mother is very excited as she hasn’t seen her “niece” in ages. Even more thrilled to meet her “grandchildren” as per the aforementioned African tradition, for the first time. Much to her annoyance, she can’t communicate with these grannies of hers if their mother is not present. The children speak only German! For their entire stay in Cameroon, their mother has to act as translator. Whenever they needed to chat with their grandmother or numerous aunties and uncles, their mother had to be there.

Speaking to children in two languages confuses them…

It must have been very tedious for the poor girl. I wonder why she had not considered communicating with her children in the language she grew up speaking? Besides being a medium of communication, there is the cultural aspect of every language. A language is a tool children born in foreign countries can use to connect with their cultures. These children were going to unconsciously learn German in their environment willy-nilly. Could it be because of the long-standing argument that speaking to children in two languages confuses them? Whatever her reasons, my mother was pissed! “Why would anyone raise a monolingual child? ” (mind you, she did same). “An “Oyibo” language for that matter?” (trust African mothers with the judgement!)

Scientific evidence, however, has proven that speaking two languages to children does not confuse them as many people have stipulated. If anything, bilingual children tend to be more resourceful when speaking. Below the ages of three, children usually have limited vocabulary as they acquire a language. What stands out for bilingual children is their ability to code-mix and borrow words from another language. This is very common when they need to express themselves better. This builds their ingenuity in the long run. Speaking to children in two languages does not lead to speech delays either.

The earlier you become bilingual, the easier it is to learn other languages

Navigating the world now as an adult, it is interesting observing other multilingual individuals. Their fluency in the languages they speak, vis-a-vis my inhibitions learning languages. Nine out of ten friends who grew up bilingual have no issues picking up a third and a fourth language. Research has shown that bilingual children make better strides at learning a third language. And are a lot faster than their monolingual counterparts at learning a second. Earlier is always better. It would seem that proficiency in a third language directly hinges on how many languages one speaks. One’s ability to attain the “near-native-like” level is influenced by first being bilingual, irrespective of age, motivation and affinity.

The Nso people from the North West region of Cameroon are alleged to be the smartest in the entire country. It has also been alleged that everyone from this region speaks their dialect fluently. Before they attempt to learn English and French (the national languages), they must first speak Lamso. A people so proud of their heritage, rumour has it teachers teach in the Lamso dialect in schools in this region. Even if children have to end up pronouncing “cold”, “cool” and “bone”, “boon”. But who knows if their cognitive abilities stem from early bilingualism? The bilingualism experience improves cognitive and sensory processing. This further gives individuals an edge in processing information which makes for better learning. Learning to control language systems which are always active and competing strengthens the brain region which improves cognitive skills.

Be intentional about learning languages

The history of languages is replete with instances of language contact leading to some form of bilingualism. It has been argued that there are more bilingual and multilingual than there are monolingual people. Still, a lot of us living in monolingual countries do not prioritize learning more languages. Sadly enough, it does not occur to us to ensure our children grow up bilingual right from home. We rely on formal education for them to learn a second language. If you live in a monolingual country you have to be intentional about language learning. Especially if the language you grew up speaking is still your reality. Consider exploring something new for your children. Or learning more languages as an adult. It gets harder with age, still, its never too late.

My husband and I come from the same region in Cameroon but we do not speak the dialect. I cannot count the number of times we’ve been in public places and I am dying to gossip! But we always miss these big moments. He usually sees the text I sent while sitting next to him when it doesn’t matter anymore. All because our parents didn’t think to speak to us in our dialect. Apart from my petty reasons for wishing I spoke my dialect, it would have made a difference in other areas of my life. As I earlier mentioned, the power in speaking many languages is manifold. Being bilingual seems to be the starting point. It also-

It should be noted that linguistically speaking, there is a difference between a language and a dialect. A language is always spoken and written, meanwhile, a dialect is only spoken. Meaning languages have standardized codes and dialects do not. In this write-up, however, I lumped both into the language category. A dialect may be elevated to the status of a language for political reasons. Besides, dialects do have unwritten codes known by the native speakers. 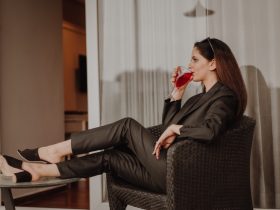 The problem with feminism 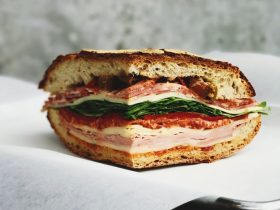 The sandwich generation, aka adulting 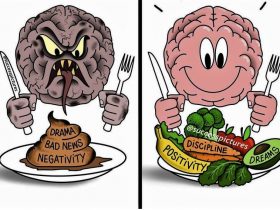